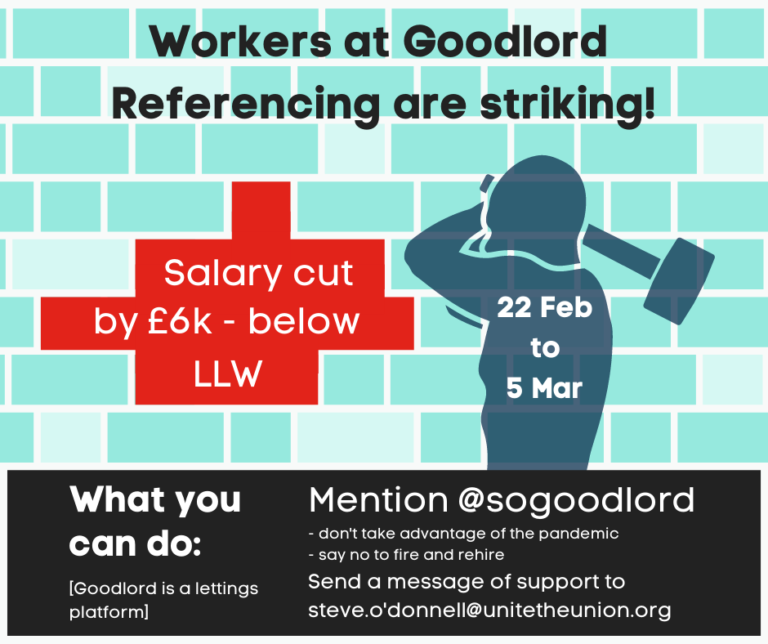 Workers in the referencing section of Goodlord, a lettings platform based at Spitalfields, East London, are taking strike action between 22 February and 5 March over fire-and-rehire plans which would see many salaries reduced by £6,000 to below the real London Living Wage.

Goodlord is using the fact that employees are now working from home due to the pandemic to make this cut.

Goodlord provides services for a number of estate agents in London, including Winkworth, Best Estate Agents, Andrews and Featherstone Leigh.

Goodlord @sogoodlord care about their social media presence. We can put pressure on them by calling them out on social media platforms: Twitter Instagram and Facebook.

Messages of support or questions can be sent to steve.o’donnell@unitetheunion.org